Choosing the right display and screens for your Raspberry Pi projects can make all the difference. However, with so many different sizes and types from HDMI displays, resistive touch displays, TFT displays, e-ink displays and displays with cool RGB matrices, which should you choose?

Let’s check our selection of top 20 Raspberry Pi displays and touchscreens you should be considering now!

For handheld applications requiring both portability and power saving features, this portable USB monitor with touchscreen (RPUSBDisp), proudly released by Seeed Studio, is ideal. It is designed specifically for MiniPC applications, having the same size as a business card, and just requires a USB cable to power the device.

This TFT Touchscreen HAT is specially designed for Raspberry Pi. It features video support, virtual keyboard support and the ability to take photos via touch.

This touchscreen monitor for Raspberry Pi gives users the ability to create , integrated projects such as tablets, infotainment systems embedded projects. The 800 x 480 display connects via an adapter board which handles power and signal conversion. Only two connections to the Pi are required; power from the Pi’s GPIO port and a ribbon cable that connects to the DSI port present on all Raspberry Pi’s.

Step up your LED game! The Unicorn HAT HD crams 256 RGB LEDs in a 16×16 matrix, onto a single HAT. High-definition rainbow goodness!

You can still use it for all of the same things as the regular Unicorn HAT, but with 4 times as many pixels it can make much more complex animations possible, including scrolling text, and even low-resolution videos.

The MagPi said that the Unicorn HAT HAD had a “real wow factor” and that the “performance is excellent” in their five-star review.

Resistive touch displays are recognized for their ready-to-use nature for Raspberry Pi projects.

Touch screens from PiShow are very easy to set up. Without the need for a cable or extra power supply, they can be directly attached to the Raspberry Pi. A system kernel with the LCD driver is pre-packaged for you so you can upload to many OSs for Raspberry Pi such as Raspbian, Fedora or .

Are you interested in using an e-ink display in your next Raspberry Pi project? Want to power up your Kindle? Let’s see how the following e-i Raspberry Pi displays can help you.

This is an e-ink display HAT for Raspberry Pi; 2.7 inch, 264 x 176 resolution, with an embedded controller, communicating via an SPI interface and supports a red, black, and white three-color display.

This OLED display module consists of 128 x 64 yellow and blue OLED pixels. Diagonally, it measures only 0.96 inches. It has its own backlight, which reduces the power required to run the OLED.

With this IPS 7inch HDMI LCD, you don’t have to worry about the compatibility issues because this LCD supports almost all the Mini PCs and many common systems like Raspbian, Ubuntu, and Windows 10. Besides, the LCD has many user interfaces for different functions like the speaker, ear jack and user buttons. All these functions will fulfill all your demands on a media center.

Nextion is a Human Machine Interface(HMI) solution that provides a control and visualization interface between a human and a process, machine, application, or appliance. Nextion is not just a touch display, and it has a hardware part and a software part which is well developed for HMI applications.

Nextion(NX4832T035) display is a TFT display with a resolution of 400*240. The touch panel for this display is resistive touch. Nextion has only one serial(TTL) for power supply or connection with peripheral devices like Arduino board or Raspberry Pi. What ‘s more? Nextion display has an MCU, and its frequency is up to 48MHz. With the help of 16MB flash, 3584Byte RAM, and an SD card socket, this display is embedded with a rich storage for HMI programming.

Nextion(NX8048P070-011R) display is an IPS display with a resolution of 800*480. The touch panel for this display is resistive touch. Nextion has only one serial(TTL) for power supply or connection with peripheral devices like Arduino board or Raspberry Pi. What ‘s more? Nextion display has an MCU, and its frequency is up to 200MHz. With the help of 120MB flash, 512KB RAM,1024 Byte EEPROM, and an SD card socket, this display is embedded with a rich storage for HMI programming. Different from the other type”T” Nextion displays, this type”P” Nextion has 8 extra GPIOs(two of which are PWM pins) for connecting peripheral equipment. And there is an RTC module on the display for controlling these devices in real-time.

We have seen 20 of common models for Raspberry Pi screens currently on the market. Each of them has its own specific features for a wide range of projects.

Next post KiCad and Eagle - Libraries you can use with confidence 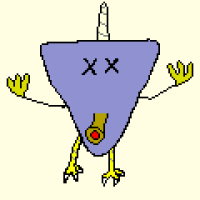 About the Author Elaine Wu

What is the Raspberry Pi Compute Module and What can you do with it? 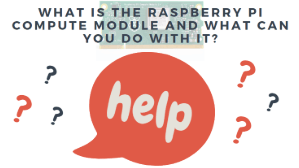 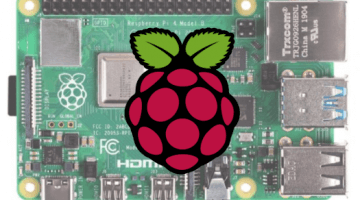