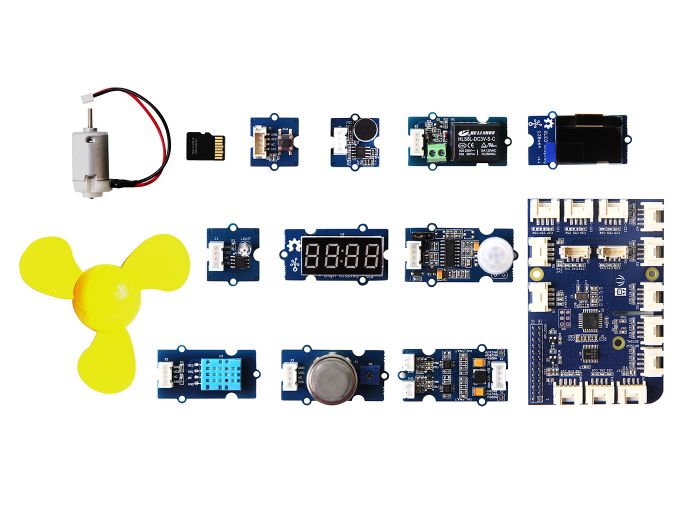 This kit contains the essentials to start building projects using Microsoft Azure services without the need for hardware development. Includes a GrovePi+ board and 10 plug-and-play Grove modules to build 5 sample projects. Raspberry Pi not included.

Unlike the traditional Grove Starter kits, this kit does not concern with how to write hardware drivers or embedded development but helps you quickly understand and learn how to use Windows 10 IoT Core and Microsoft Azure services. To help, we wrote a guidebook for this Grove kit which includes five projects simulating separate scenarios.

Check the value of the temperature and humidity sensor. And then tell you not to catch cold when it low.

When the Sound or Light sensor is greater than a value triggers the Microsoft Azure Function for relay sensor, then Function connects to the Maker channel of the IFTTT.

Button triggers an SOS event, Microsoft Azure Function sends an email or a call to a family.

PIR sensor sends human motion events to Microsoft Azure IoT Hub, within half an hour PIR triggers more than three times, recording this and then send a statistical report to PowerBI.

You can check all the guides in our Github repository.