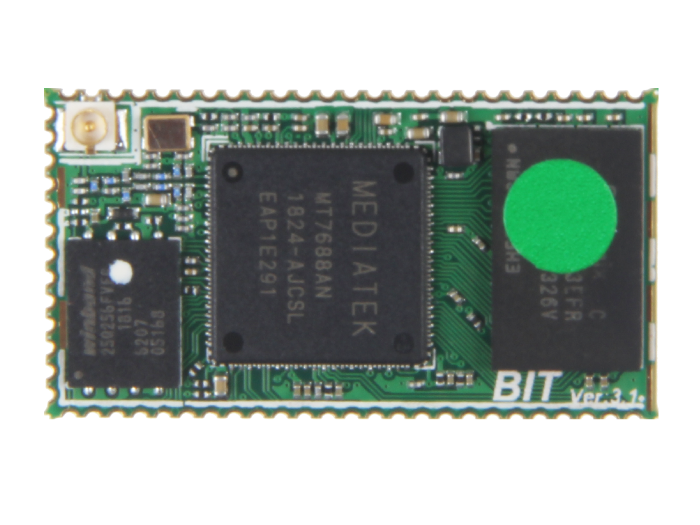 BIT3.1 is a module based on MT7688AN, which brings out all PINs and maximizes the performance of MT7688.

The software is based on Linux distributions such as OpenWrt, providing a wealth of peripherals and storage space.

Software resources are kept in common with NEO, and BIT 3.1 is an improved version of BIT3.

BIT3.1 VS BIT3, We made the following optimization: