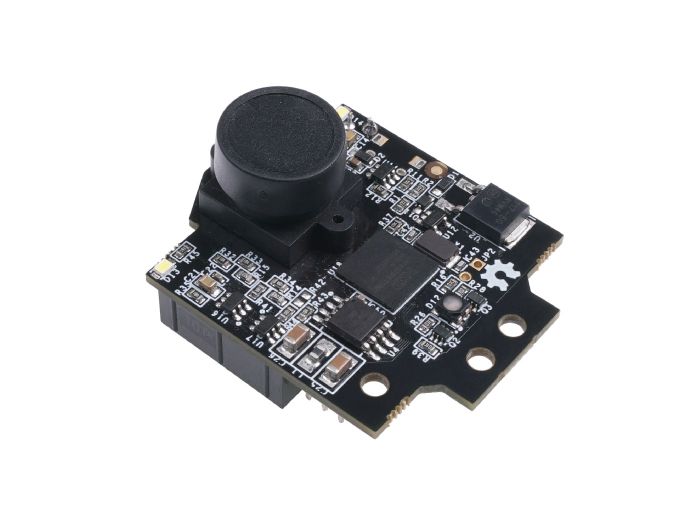 The Pixy2 CMUcam5 is smaller, faster and more capable than original Pixy. With the help of the new algorithms, it can detect and track lines for use with line-following robots and even intersections and “road signs” as well. By its strong sensitivity, your robot will be more flexible.

We are happy to announce an improved Pixy version 2.1. Included in the new design:

The Pixy2 CMUcam5 is the second version of Pixy. It's faster, smaller, and more capable than the original Pixy, adding line tracking/following algorithms as well as other features.  Pixy2 CMUcam5 can detect lines, intersections and small barcodes, intended for line-following robots.

PIXY2 IS SUPERVISION FOR ARDUINO OR RASPBERRY PI from HACKADAY BLOG

You can also add a Pan/Tilt2 Servo Motor Kit for Pixy2 - Dual Axis Robotic Camera Mount for your robotic project!