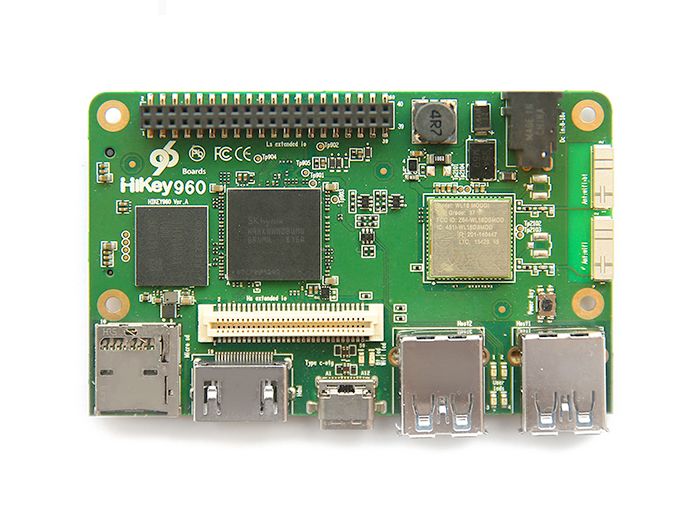 The HiKey 960 has updated the USB Type-A host from USB2.0 to USB3.0 compared to the original HiKey board. In order to enhance the expansion ability, the HiKey 960 includes a PCIE Gen2 on M.2 M Key connector to enable PCIE device connection. The HiKey 960 also includes an updated WiFi module supporting 2.4GHZ single band to 2.4- and 5.0GHz dual band with two antennas.

Android support for the HiKey 960 will be enabled through Android Open Source Project (AOSP). Additional software support will be added through collaboration between Huawei, Linaro and the community.