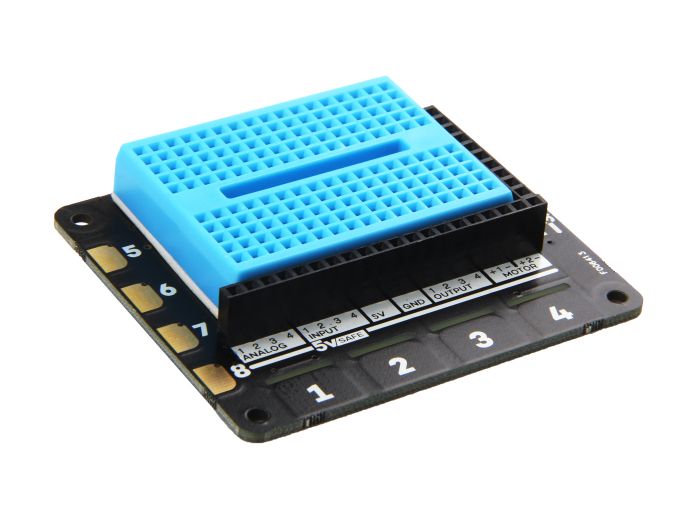 Explorer HAT Pro adds a lot of useful tools to your Raspberry Pi.

We've put together a handy little Explorer HAT Pro parts kit with everything you need to get started building circuits including LEDs, dials, a buzzer, and even a temperature sensor! Explorer HAT Pro also goes great with our no-soldering-required micro metal gearmotors and our STS-Pi robot kit.

Our software does not support Raspbian Wheezy.