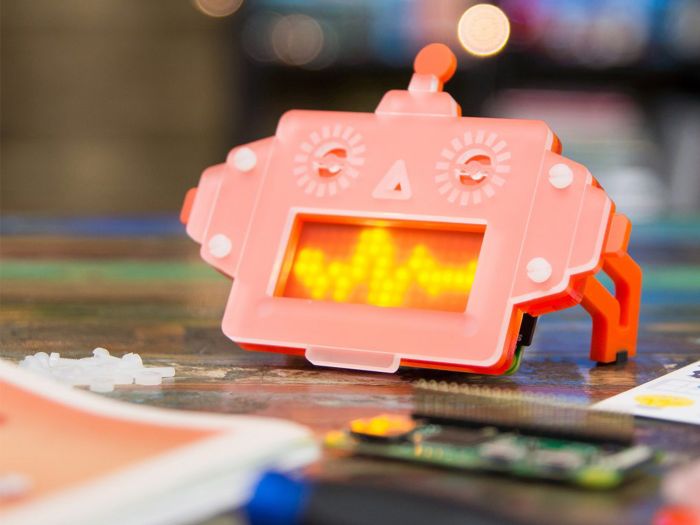 A robot friend to sit on your desk and scroll the news, weather, or your Twitter feed - Scroll Bot!

The Scroll Bot Kit* combines the Pi Zero W with our new swish Scroll pHAT HD board, and masquerades as a friendly orange robot, perfect for sitting on your desk or on a shelf. It's ideal for scrolling messages or for simple animations and, of course, it takes advantage of the built-in wireless LAN on the Pi Zero W. It'll take around 30 minutes to assemble everything** (check out our assembly guide for details).

Scroll Bot uses our new Scroll pHAT HD board, a dense matrix of 17x7 (119 total) bright white LEDs. Each pixel's brightness can be controlled individually, meaning that it's possible to create stunning animations or even anti-aliased text. The LED matrix sits behind Scroll Bot's mouth, and the frosted orange acrylic diffuses the LEDs beautifully.

Use the built-in wireless LAN to make your Scroll Bot internet-connected and have him/her/it inform you of the latest news, weather, track hashtags or mentions on Twitter, or much, much more.

Note that the default orientation for Scroll pHAT HD is upside-down if you're using it in a Scroll Bot. To flip it, simply add scrollphathd.rotate(180) towards the top of your code, just below the import lines. 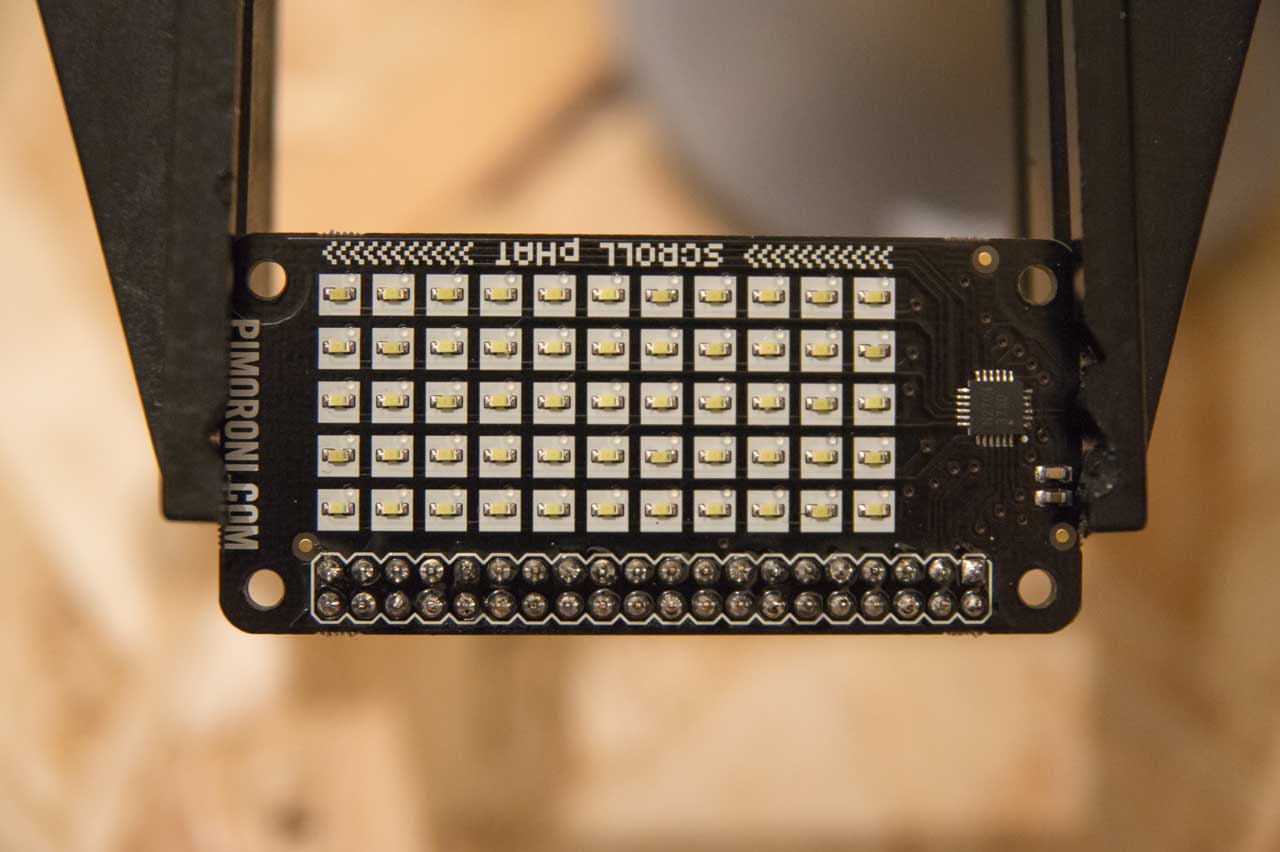