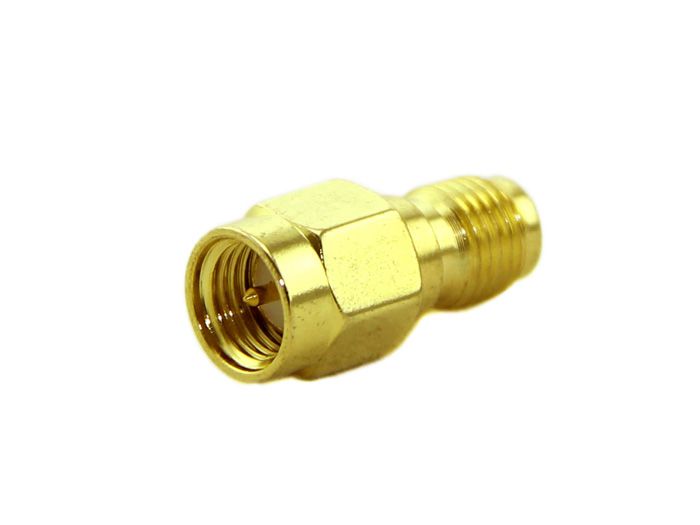 Some WiFi antennas and cables are designed for RP-SMA (reverse polarity SMA) and cannot be connected to a standard SMA plug. RP-SMA is a variation of the SMA connector specification which reverses the gender of the interface. The reason for that was a decision made by FCC in order to prevent end-users from manipulating certified WiFi devices at home, using other available SMA antennas. That lead to SMA and RP-SMA devices not being able to connect without an adapter, check Wikipedia for more details.
If you want to use some standard WiFi antennas you may need this adapter in order to interface them with RF Explorer. By plugin in this adapter your RF Explorer will be able to connect with any RP-SMA antenna, cable or device.
For questions and support, please visit https://support.rf-explorer.com
For any technical support or suggestion, please kindly go to our forum.