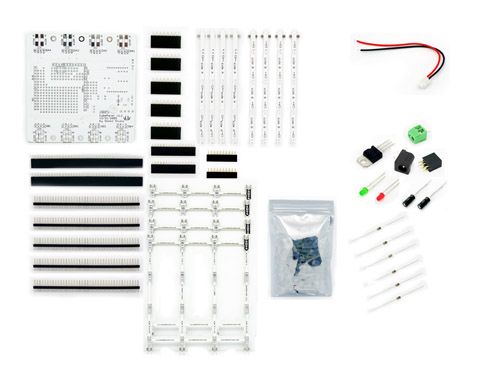 This is a kit of 4x4x4 RGB LEDs cube, containing 648mm RGB LEDs, custom PCBs and all supporting components (6 free alternate LEDs are included in the kit). All parts are well packed in a nice package.

Compare with other similar projects, this one comes with super slim frame PCB design which not only looks very beautiful but also makes the assembly much easier.

You can control all LEDs of the Rainbowcube either by changing the Arduino program itself or by using the easy to use control Software.

You need some basic soldering skill to make this kit.

The Rainbowcube can be controlled by any kind of microcontroller but because it is a little bit complicated we strongly recommend that you are using the Rainbowduino to control the cube.

The Rainbowduino includes already all necessary drivers and connections and can be directly attached at the bottom of the Rainbowcube. Rainbowduino is not included in kit so you need to purchase one here. 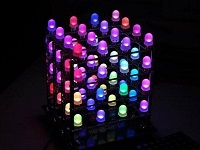