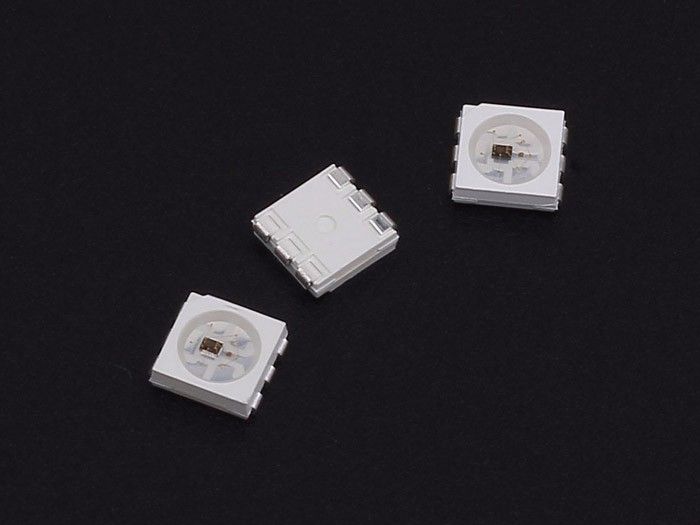 SKU
104990306
Rating:
100% of 100
1  Review Add Your Review
An intelligent control LED light source that the control circuit and RGB chip are integrated in a package of 5050 components. Its internal include intelligent digital port data latch and signal reshaping amplification drive circuit.
Email
$1.90
Out of stock
^ BACK TO TOP

WS2813 is an intelligent control LED light source that the control circuit and RGB chip are integrated in a package of 5050 components. Its internal include intelligent digital port data latch and signal reshaping amplification drive circuit. Also include a precision internal oscillator and a 12V voltage programmable constant current control part,

The data transfer protocol use single NZR communication mode. After the pixel power-on reset, the DIN port receive data from controller, the first pixel collect initial 24bit data then sent to the internal data latch, the other data which reshaping by the internal signal reshaping amplification circuit sent to the next cascade pixel through the DO port. After transmission for each pixel, the signal to reduce 24bit. Every pixel adopts auto-reshaping transmit technology, making the pixel cascade numbers are not limited to the signal transmission, only relate to the speed of signal transmission.

The BIN receives the data signal, and then compare the data with the DIN side after phagocytosis of 24bit data, if DIN do NOT receive the signal, then switching to BIN for receiving the input signal, which ensure that any the IC's damage does not affect the signal cascade transmission and make the BIN in state of receiving signal until restart after power-off.

250us or more of reset time, it won’t cause wrong reset while interruption, it supports the lower frequency and inexpensive MCU.

There’re in a choice of 18mA or 5mA current version, and also in a choice of high brightness or cost-effective version. That is to say, WS2813 is provided with four versions.