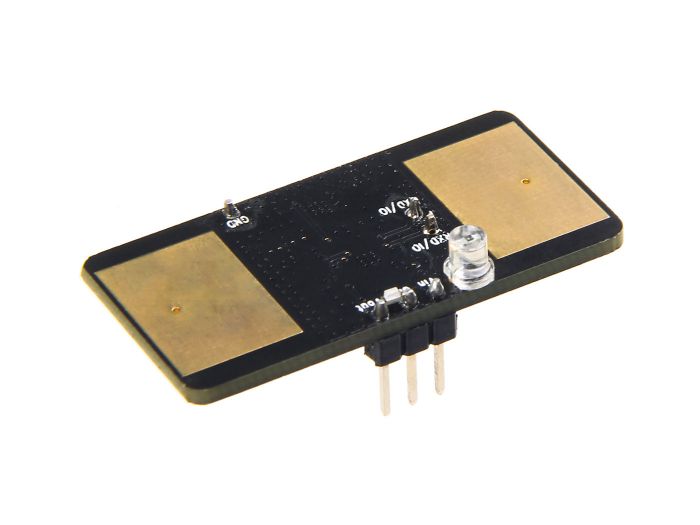 MW0582TR11 - 5.8GHz Microwave Doppler Radar Motion Sensor is a microwave Doppler radar that has a frequency of 5.8GHz. This microwave sensor has high sensitivity and precision and it can be used in some industrial and light controlling applications.

MW0582TR11 - 5.8GHz microwave doppler radar motion sensor is designed by the Maxustech company. This microwave sensor is a microwave module that can transmit the electromagnetic wave of 5.8GHz. It can detect the difference between the transmitted wave and reflection wave to judge whether there is an object moving over the microwave sensor.

In order to get the accurate data from the object, this Doppler radar motion sensor has a self-made patch antenna which has a good antenna directivity. This means the microwave sensor performed well in detecting a specific area. Moreover, this kind of microwave sensor has an MCU inside which include intelligent algorithm to avoid noise gain caused by the device itself. It can also tell apart the environment effect such as moving branch and would not cause false-alarm thanks to the algorithm.

This microwave sensor not only has a sharp “eye” to detect the moving object but also easy to be developed because of its UART interface. As a matter of fact, this microwave sensor can simply plug into the Arduino board or Raspberry Pi through the serial port. Or you can just use a TTL to USB converter module to connect with your PC to read the data. Easy and convenient.

When using Python SDK, you will get a plot above. If there is a moving object in front of the microwave sensor, there will exist a violent waveform which means the moving object has been detected.