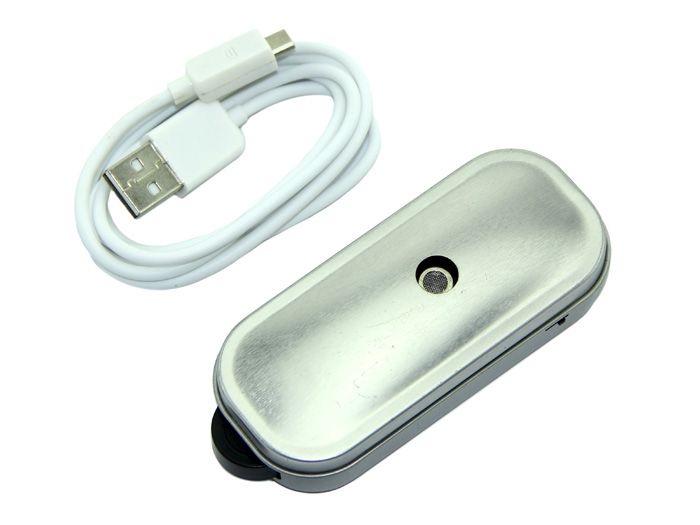 SKU
101990002
Be the first to review this product
The Droidalyzer is an open source alcohol detector accessory for Android phones
Email
$67.00
Out of stock
^ BACK TO TOP

The Droidalyzer is based on the open source IOIO (pronounced “yo-yo”) development board. IOIO is a bridge between Android devices and external hardware such as sensors and servos. We left the IOIO pins open and accessible on the Droidalyzer which means it's also a full blown IOIO development board with the added features of an on-board LiPO charger, LiPO battery, header pins, included Bluetooth dongle, and mini USB board power/charging port, all pre-assembled in a laser cut, mint tin package.

IOIO enables you to add the computational power, touch display, connectivity, and built-in sensors (camera, GPS, accelerometer) of Android to your projects. IOIO can connect to any standard Android device (as early as Android 1.5) over both USB and Bluetooth. Here’s a few IOIO projects for some ideas on what you can do with IOIO.

Unlike Arduino based methods of interfacing with Android, IOIO differs in that the firmware is taken care of for you. You have full control of the IOIO pins from within your Android application code using the supplied IOIO Java-based libraries; no additional Arduino sketches are required! This significantly simplifies the process, allowing you to focus solely on your Android application code. In addition to basic digital input/output and analog input, the IOIO library also handles PWM, I2C, SPI, and UART control. The firmware is easily upgradeable using the IOIO Manager app from your Android phone.

IOIO has an active community of users who can be found on the IOIO users forum. IOIO is 100% open-source hardware and software, with permissive royalty-free license terms.

* Note: IOIO has 48 pins. Two pins on the Droidalyzer are unavailable (pins 1 and 40). In addition, Pin 41 is a dedicated special pin for reading the remaining battery life of the on-board LiPO battery which you can expose in your Android application. Outside of these three pins, the Droidalyzert is a fully compatible IOIO board.

Getting Started with IOIO Video Tutorial: Walks you through the HelloIOIO example which controls the onboard LED from an Android phone. Running Time: 11 minutes

If you encounter any problems when using this product, please contact al(at)ledpixelart.com for the technical support.