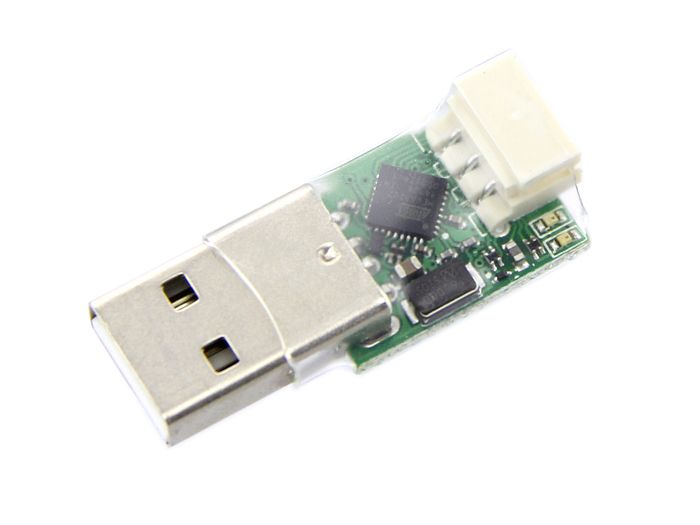 SKU
105990016
Be the first to review this product
The USB2AX is a small interface to control Dynamixel servos like the AX-12 from a computer
Email
$39.95
Out of stock
^ BACK TO TOP

The USB2AX is a small interface to control Dynamixel servos like the AX-12 from a computer. It plugs into a USB port and has a 3-pin Dynamixel connector to be connected to the servos.

A typical use scenario is in a small mobile robot with a laptop or an embedded computer (like a Raspberry PI) as a brain and servos to move legs, arms or claws.

What servos can it talk to?

Basically, it can talk with any device which uses a half-duplex TTL interface (3-pins connector) and the Dynamixel protocol. More specifically:

What can't it do?