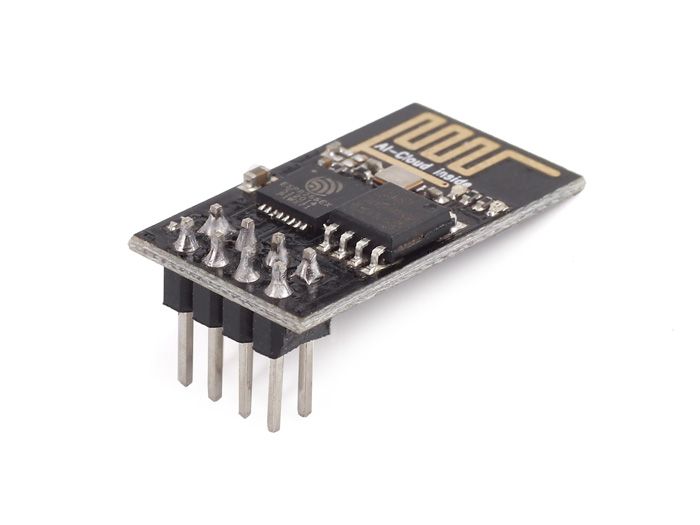 This ESP8266 Serial WIFI Transceiver Module is a self-contained SOC with integrated TCP/IP protocol stack that can give any microcontroller access to your WiFi network. The ESP8266 is capable of either hosting an application or offloading all Wi-Fi networking functions from another application processor.

Quantum Tiny Linux Development Kit – With SoM and Expansion Board

EHB-SB Energy Harvesting Board for DSC

This is the latest version of ESP8266 Serial Transceiver Module. There is not much change from the old version, just improved the Flash to be 1M and changed the color to the black, which is much cooler than the blue. We just released a tutorial for this module.

The ESP8266 Serial WIFI Wireless Transceiver Module is a system on a chip (SOC) Wi-Fi microchip for Internet of Things (IoT) applications produced by Espressif Systems.

The ESP8266 module enables microcontrollers to connect to 2.4 GHz Wi-Fi, using IEEE 802.11 bgn. It can be used with ESP-AT firmware to provide Wi-Fi connectivity to external host MCUs, or it can be used as a self-sufficient MCU by running an SDK. The module has a full TCP/IP stack and provides the ability for data processing, reads and controls of GPIOs.

Given its low cost, small size and adaptability with embedded devices, the ESP8266 is now used extensively across IoT devices. It is always a popular choice for IoT developers and manufacturers.

It has many GPIOs. With the help of  a SDK and various libraries, you can build your own firmware and use these GPIOs as arduino pins, and it makes external microcontrollers unnecessary.

There is now a wide range of software development kits (SDKs) available, enabling developers to program the chip directly without using a separate MCU.

Espressif provides two official SDKs for use with ESP8266, which are:

The ESP8266 modules are commonly found in the following IoT devices: