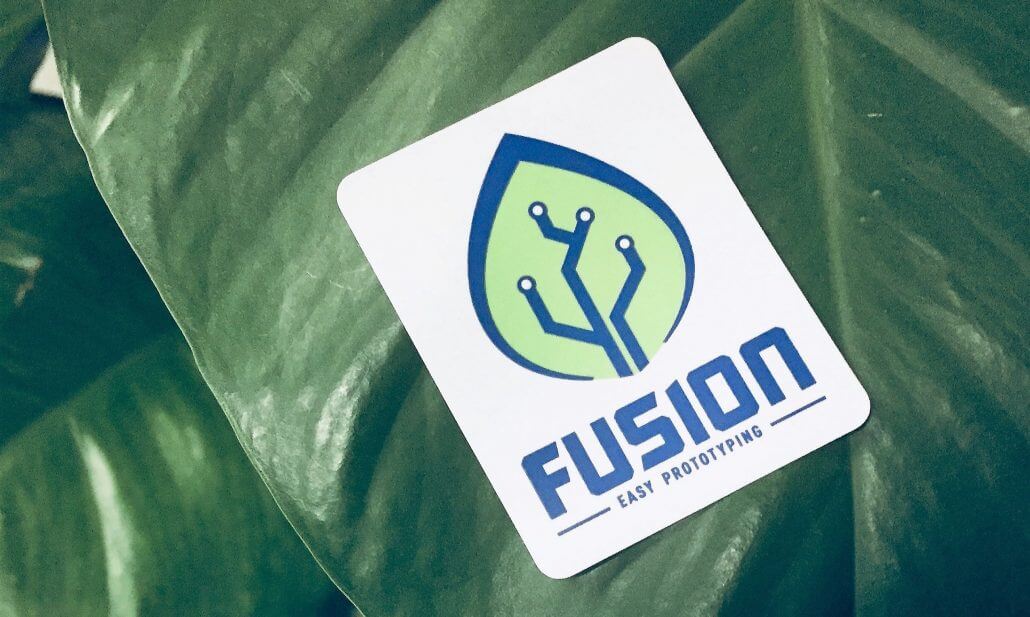 You may have heard the party poppers popping and the wine glasses clinking this month as Seeed Studio celebrates its big birthday. Founded ten years ago, Seeed has expanded to cover for all stages of product development, including OEM, ODM and online manufacturing services.

But did you know that the Seeed Fusion service began not long after Seeed’s inception? – albeit under a different name.

Us folks at Seeed Fusion have dug into the archives to bring you the story of Seeed’s online manufacturing services. Considered a separate branch of Seeed’s fruitful tree, Seeed Fusion alone has gone through some major facelifts and upgrades to become what it is today, and we couldn’t have done it without our supporters.

So if you do remember Fusion’s beginnings then hearts and kisses to you, this will be a nostalgic ride. If not, we welcome you to learn about our humble story.

The father of Fusion was a non-profit service innocently called: Propaganda, after a Beijing bar of the same name that early Seeeders were particularly fond of (they had no idea of the connotations, honest!).

Seeed had always been close to local fabricators and suppliers for its own projects, so it was only natural, as open source fanatics, for Seeed to seek ways of sharing these resources with the rest of the community.

In a nutshell, the service was a kind of basic open source Kickstarter slash GitHub platform. Makers would share their open source projects and gauge the interest of others who “backed” the project with a monetary deposit or helped with development. If enough interest was mustered, Seeed would fulfill the order; boards, parts, assembly and all, then have them shipped off to excited “backers” around the world. All proceeds were then returned to the designer.

This encouraged start-up business thinking with the likes of Seeed as a partner and gave rise to projects the likes of the community-driven Bus Pirate and Twatch, with Hackaday and Dangerous Prototypes.

Get tweets straight to your pocket with a Twatch

While this was all good and dandy for the maker community, soon, as orders came flooding in, the non-profit nature of the service started to eat away at resources. For example, procuring large numbers of different components in low quantity is a time-consuming and laborious task (it also doesn’t make you very welcome with suppliers), and so the Propaganda service was terminated.

Fun fact: When the Bus Pirate V2 pre-order period was over, Seeed managed to drain DigiKey, Mouser, and Farnell of all their available stocks of the Bus Pirate’s ICs due to the high demand, causing a backlog of orders. Now that is something.

Propaganda loosely divided into two separate services, Propagate and Fusion, which are still live and feisty today. Propagate maintained the complete package for makers trying to realize a product for the mass market (OEM and ODM) but Fusion focused on the other end of the scale, offering individual manufacturing services via an online platform, starting with PCB fabrication.

Nowadays, electronics enthusiasts are bombarded by adverts from countless fab houses trying to grab your attention for dirt cheap PCBs. But ten years ago, the PCB scene was very different. To many, PCB fabrication was restricted to big companies like Microsoft and Apple working on 16-layer monsters and splurging out thousands and thousands of units. Makers were limited to breadboards garnished with a rainbow of wires and home-made printed circuit boards. But that changed when services like Fusion began offering anyone around the world quick and affordable customized PCB fabrication via a simple online form. 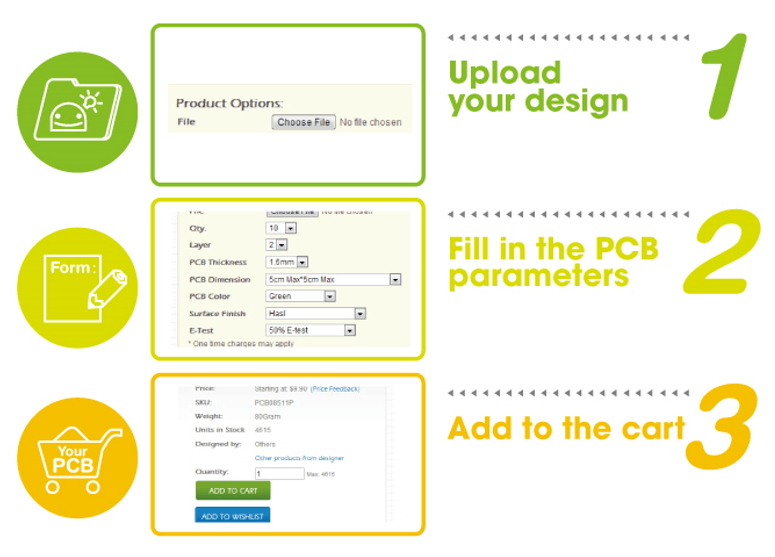 Believe it or not, in the beginning, only 2 layer FR4 boards small enough to fit in the palm of your hand were available, but this quickly expanded to include more layers, materials, sizes and thicknesses, surface finishes, copper weights and special features such as castellated holes and impedance control – not to mention all the solder mask colors now available!

Fun fact: The black solder mask option was one of the last to join the crew. It was added in response to enthusiastic suggestions from the community and remains the favorite!

To print with plastic, to cut with lasers, that is the maker way!

Custom laser cut board enclosures with openings for cables, LCD screens, and whatnot.

Affordability is one of Fusion’s main focuses and is China’s specialty. Where possible, throughout the years Fusion has slashed prices across its services multiple times in large flailing swings. PCB prices went from $19.90 to $9.90 to $4.90, extra fees for unique solder mask colors were eliminated, and all stencil prices have been laser cut in half.

Fun fact: E-test? What is e-test? E-test stands for electronic testing and includes flying needle or flying probe testing (the one where electrodes jab onto every contact pad karate style). In the beginning, customers could pay for no test, half test or full E-test (none, half or all boards tested respectively), but hey, where is this option now you ask? Well, it’s included in every order as standard. Electrical continuity is so important for printed circuit boards whether it’s just for prototyping or a batch run that Seeed Fusion now offers them free of charge.

PCBA and the OPL

PCB assembly services, along with its long-term partner, the Seeed Open Parts Library (OPL) have been around for almost all ten years of Seeed’s decade of service. The PCB assembly service originally focused on small quantity orders of less than 10 pieces and were soldered by hand. Now Seeed is equipped with numerous SMT lines to cater for orders in the thousands. A team of trained staff are still on hand for low quantity orders.

If you don’t know, Seeed’s OPL is a collection of locally sourced parts that Seeed stocks to use with the PCBA service. These parts make PCBA cheaper, faster and more convenient but in the beginning, the library only had a measly 100+ parts – hardly enough to cover even the most basic boards. Expanding the library has always been the number one priority and so the library was expanded to 1000+ parts in the next revision. However, most components were not popular with Fusion’s actual customer base so this was cut-down to 400+ parts. Steadily, the OPL had a series of expansion packs based on customer feedback that saw it grow from 400+ to 600+ and now 800+ components.

The first OPL sold as a kit 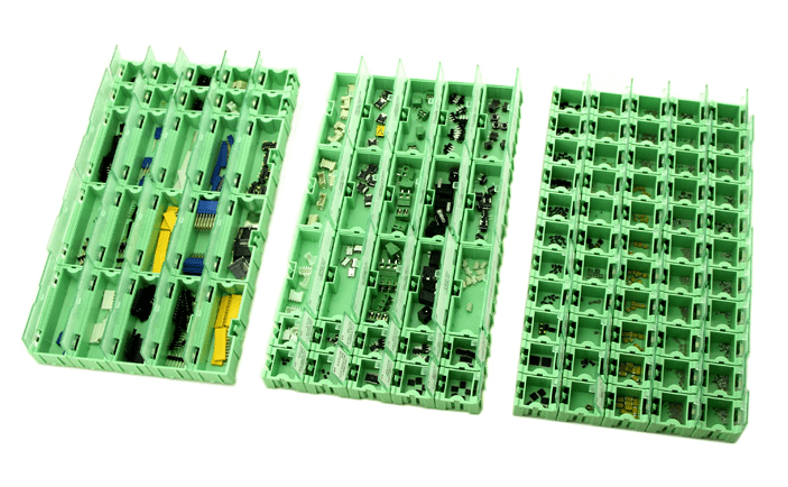 Fun fact: The OPL originally was sold as a whole kit in the nice fancy packaging as seen in the above photos. They included many Maker essentials such as parts for Arduinos, Raspberry Pis, and other development boards. We dug up this old box while moving office. Also, in the early days, Seeed Fusion PCBA only accepted orders where all the parts were from the OPL. Very restrictive, if you as me.

So, what were your favorite moments? When was your first order? What would you like to see in the future? Share with us in the comments below and rest assured that we will be attentively listening to your feedback. Seeed began by tailoring for the Maker community and that close relationship with our supporters defines and shapes us. It’s been a fun and challenging ride so far, and we hope that we’ll make plenty more great memories in the years to come.

As thanks to our supporters, Seeed is currently running various events this month (expired) including $20 off any Fusion order over $100. Make the most of them now and keep on making! Go #Seeed10!

A FREE TRIP TO SHENZHEN IS CALLING

THANK YOU FOR AN AWESOME FIRST 10 YEARS