The new Raspberry Pi 4 features 8G LPDDR4 SDRAM, which is a complete doubling of capacity compared to the highest 4G memory version released last year. In fact, the CPU on the Raspberry Pi 4, that is, the BCM2711 supports up to 16GB of LPDDR4 SDRAM addressing space. But it wasn’t until almost a year after Raspberry Pi’s release that the 8G version arrived belatedly. The problem lies in the 8GB LPDDR4 package, which must be specifically designed for the Raspberry Pi 4. With the help of Micron, the development team overcomes this packaging difficulty now and brings us the new Raspberry Pi 4 8GB at the cost of $75.

How to tell Raspberry Pi 4 8GB version from other versions by the appearance.

Basically, they are almost identical in appearance, but different in two places. As we mentioned before, the power supply. The new Raspberry Pi 4 8GB has a switching power supply near the USB Type-C interface, while the other versions do not have.

Besides, the RAM chip modules are different, so the coding on the chip is different.

For most daily work, the Raspberry Pi 4GB will be a better choice. But for some professional applications, such as using virtual machines, you will not want to miss the 8GB version. 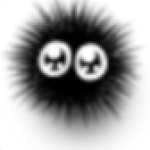