The “smart home” has been a fancy buzzword for the last few years but it has also reached far beyond that status today. As technology shifts from a device-controlled to a voice-controlled perspective, users are able to control the whole environment via voice in a seamless, simple, and convenient way. For example, with an easy voice command, you can control a lamp in another room, or unlock the front door when your friends show up.

Based on the Snips AI Voice Platform, the kits are powered by a Raspberry Pi (Raspberry Pi 3 Model B+ for the Base Kit, Raspberry Pi Zero Wireless for the Satellite Kit). With this advanced AI voice processing technology running on a Raspberry Pi, all input commands are processed directly on-device instead of being sent to the cloud, meaning privacy in IoT scenarios is no longer a concern with these two kits.

The kits also include a Seeed ReSpeaker 2-Mic Pi HAT, Grove Relay which allows users to control the device’s ON and OFF status via voice commands, and a Grove Temperature & Humidity sensor. Given the inbuilt compatibility with the full Grove sensor system, each kit enables developers to collect various types of environmental data to define different application scenarios. 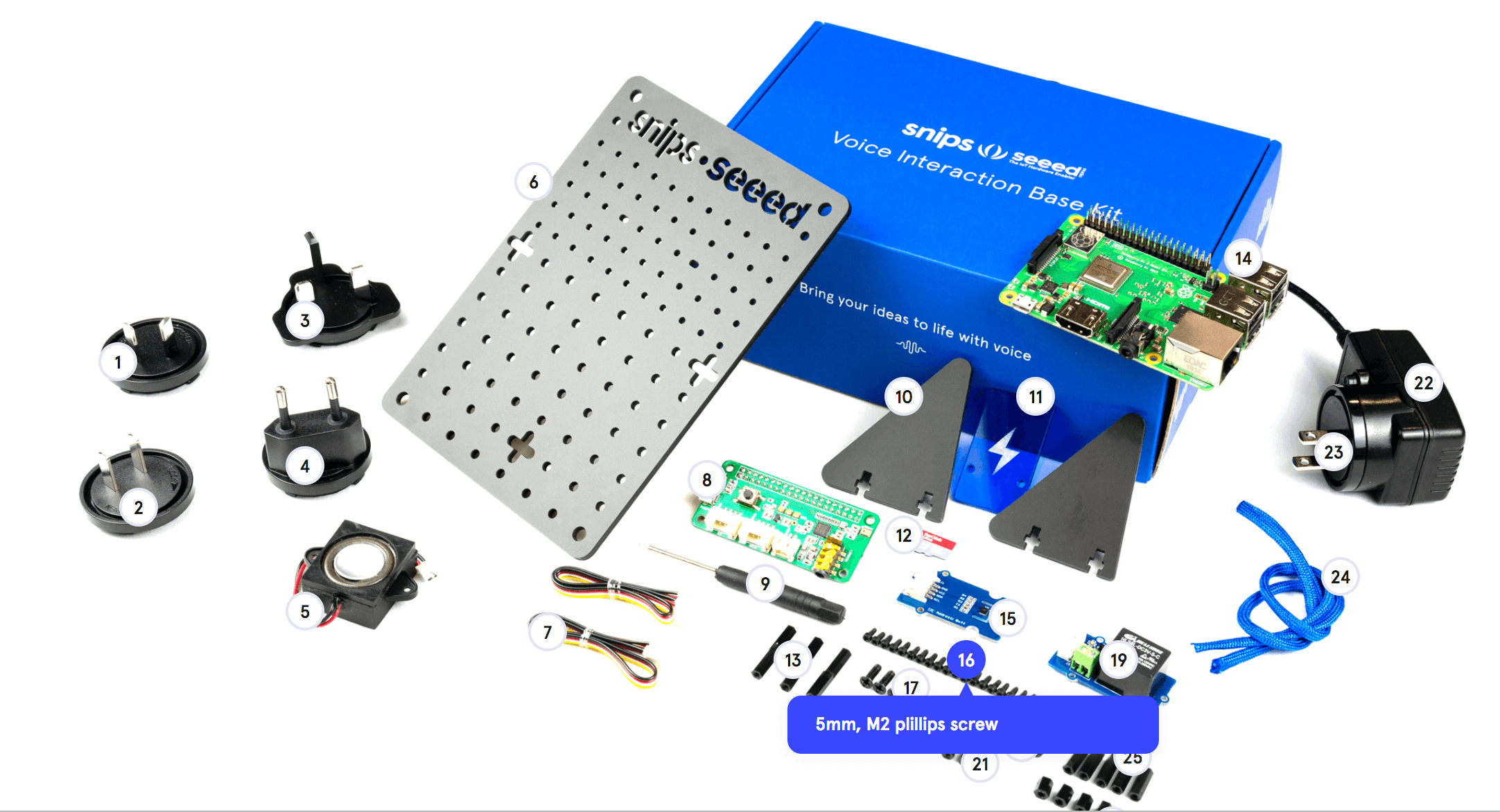 Last but not least, we’ll soon launch an online competition based on the two kits with Snips on Hackster.io in late January. So make use of the holidays and start preparing your voice projects for the contest! Stay tuned for more updates. Happy Holidays!