ROS is a set of open-source software libraries and tools that help you build robot applications. Here, professionals and hobbyists can collaborate and share their code for software development. Engineers can reuse blocks quickly and easily find all the tools necessary to build a fully functional robotic device. You must have noticed that there are ROS1 and ROS2 out there and it’s quite a hard choice to decide which one I should pick at the start or when I should switch to another one. Now, let’s jump into the article to find out what ROS2 is and why we should be excited about it compared to the previous version.

ROS2, built from the ground up to make it ready for commercial use, is revamped from the robot operating system’s existing framework and optimized for industrial use, developed to be scaled in new applications such as mobile robotics, drone swarms, and self-driving cars.

First, we need to learn some basic features of ROS2:

DDS: data distribution service, a communication pipeline that can interface with all the code.

Nodes have three primary ways in which they can communicate with each other.

Node Parameter: allows for configurations for specific variable values with node rather than editing the code and recompiling the project repeatedly.

Why ROS2’s Coming is Important

ROS1 was initially built and released by Willow Garage in 2007 to accelerate robotics research. However, it was not made for commercial use but to create a research tool, so issues such as security, network topology, and system uptime were not a priority. As ROS is now adopted in the commercial world, many of its major drawbacks are becoming apparent. Therefore, it’s more and more necessary to rebuild ROS from scratch for commercial use, which turns out to be ROS2. In response to commercial use requirements, the following provisions have been added:

Changes between ROS1 and ROS2

How to Deploy & Where to Get Started

For ISAAC ROS encoders and decoder nodes, you can use the YOLOv5 model like model_file_path or engine_file_path to publish inference output as tensors of type isaac_ros_tensor_list_interfaces/TensorList to decoder node. Then we subscribe to tensors from TensorRT/Triton node, parse tensors into specific parameters, and finally publish results as a Detection2DArray message for each image

For distance estimation to obstacles, there is a great model that is efficient semi-supervised(ESS), a visual depth estimation DNN that estimates disparity for a stereo image pair and returns a continuous disparity map for the given image. Combing this with ROS2, you may refer to the packages as isaac_ros_stereo_image_proc, isaac_ros_ess, and isaac_ros_bi3d.

For human posture estimation, the pre-training model inferred 17 body parts based on the categories in the COCO dataset. You can use the ros2_trt_pose package here to label your images and make them visualize. Then you get a real-time image output with body joints and bones.

You can also learn more from NV’s upcoming Isaac ROS webinar about how to estimate obstacle distances with stereo cameras using bespoke, pre-trained DNN models. Register here and check it out on Jan 17, 2023.

Get started with ROS

You can get started from HUMBLE HAWKSBILL, the recommended guide showing concepts, tutorials, installation steps, and so many exciting projects. As for ROS2, it supports Gazebo Fortress, which is the ROS-based robot simulator that includes more than a dozen out-of-the-box segmentation cameras, sensors such as GPS, a 3D view graphical interface, and more. Moreover, Movelt HUMBLE injects energy into the development of the robotic arms manipulation system, especially for the Hybrid programming function: The use of a (slower) global motion planner and a (faster) local motion planner enables the robot to solve different tasks in online and dynamic environments.

To better manage your ROS2 development cycle and get easy steps in the robot integration process, you can also use Cogniteam Nimbus to pay more attention to software development. Nimbus uses containerized applications as software components, organized, wired, and reassembled from the Web through code, a console interface, or using a GUI so that anyone, even without ROS-specific knowledge, can understand and view the various building blocks of robotic execution that makes up these components. It also allows the use of various ROS distributions (including ROS1 and ROS2 components) on the same robot to solve problematic coupling issues between OS and ROS versions.

The reComputer J202 carrier board has nearly the same design and function as NVIDIA® Jetson Xavier NX™ carrier board, perfectly works with Jetson Nano/Xavier NX/TX2 NX module, and consists of USB 3.1 ports(4x), M.2 key E for WIFI, M.2 Key M for SSD, RTC, CAN, Raspberry Pi GPIO 40-pin, and so on, accelerating your next AI application development and deployment. With its multiple camera connectors, it is suitable for running multiple neural networks in parallel for applications like image classification, object detection, segmentation, and speech processing.

If you are working on edge AI solutions, join us as an Edge AI Partner

By consolidating our best-in-class hardware and cutting-edge technology from our software partners and the community, we aim at helping both developers and enterprises deploy ML in the real world across industries. Contact us at [email protected]

We are looking forward to working with AI experts, software enterprises, and system integrators: 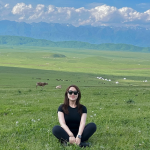