The number one voted project on the charts of Hackster.io is finally reaching out to the masses in the form of Petoi Nybble, the open source robotic kitten.

Some of you may have seen the giant horse/loch ness monster (they say it’s a dog but I’m not buying it) being abused in the labs of Boston Dynamics – for demonstration purposes of course. If that was a little unsettling for you or not quite within your budget, then Nybble is definitely a much more palatable and home-friendly robotic experience. 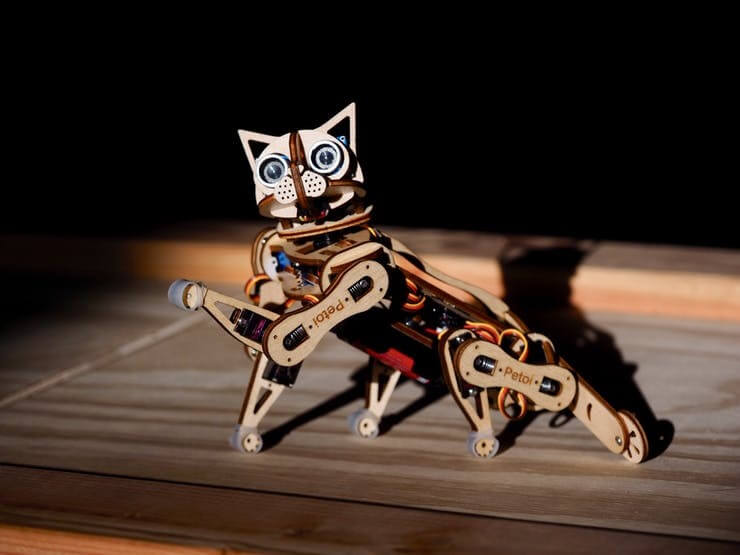 Look at that charming smile (yes, he is smiling, I can tell)

This little critter, about the same size and weight of a real 5-week-old kitten, uses a NyBoard controller based on the famous Arduino ATmega328P chip, equipped with up to 16 servo connections and a range of sensors so Nybble can prowl, pounce, play or plunder. It is also expandible with a Raspberry Pi to add character and personality to each Nybble.

But unlike a real kitten, he listens to your every command, if you tell him to, is open sourced and talks in your favorite (programming) language! Also, need we mention there is no litter tray to clean up?

US-based physics PhD graduate Rongzhong Li is both Nybble and OpenCat’s creator and father. Over the course of two and a half years, Rongzhong carefully nurtured them from primitive bug-like creatures made from popsicle sticks to a treasure trove of 3D printed iterations. Finally, with Nybble, Rongzhong went back to its natural roots with laser-cut wooden puzzle pieces that can be easily assembled without screws. And we are pleased to see that this version is the cutest yet. 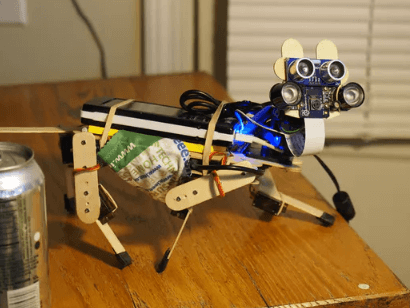 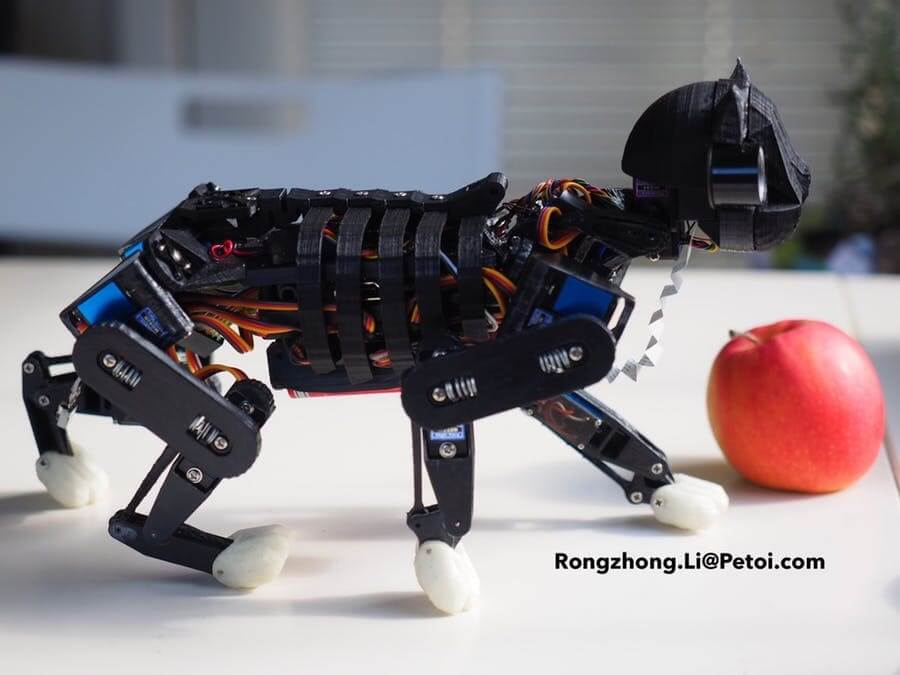 We can already hear cat-fans squealing, but actually the open cat doesn’t have to be a cat. Nybble is open sourced, so even if you are more of a dog person, or a horse person or a loch ness monster person, the basic programming structure is there, so you could just grab the NyBoard controller and use the 16 servo outputs to make an arachnobot. 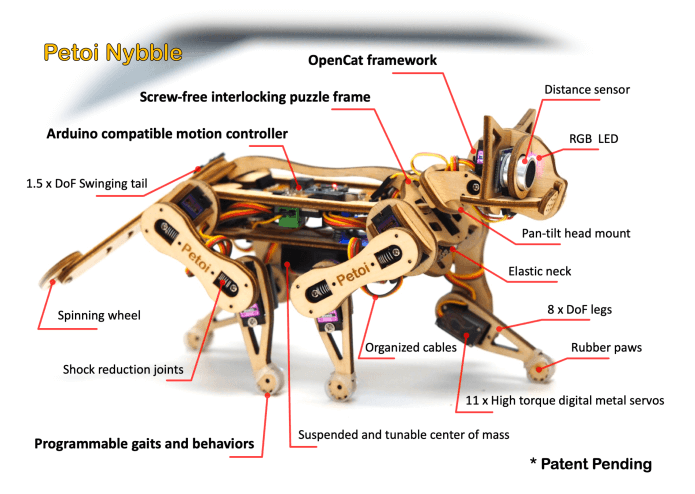 The possibilities really are limited only by your imagination. Nybble, for example, uses one of the high torque servos to drive his tail for elite feats of balancing and rough handling.

Unlike OpenCat, Nybble has an independently controlled tail

After just 12 hours after launch, Nybble reached over a fifth of its Indiegogo goal with nearly a whole month left, so grab your perks quickly and show your support for this cute little fella. Early bird specials are already sold out!

Now in the final development stages, Rongzhong is using Seeed’s Fusion PCBA service for his latest prototypes and intends to scale it up using Seeed as its partner. Us at Seeed are incredibly excited to support this irresistibly cute campaign and we hope everyone can learn by interacting with their own inquisitive Nybble, whether you are a robotics fanatic or a complete programming beginner. 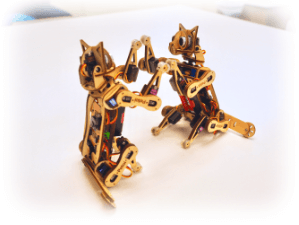 There is less than one month until the end of the campaign so adopt one now and help determine the future of Nybble’s development. Rongzhong initially made OpenCat for himself to learn about programming but now he wants anyone to be able to learn and develop with an OpenCat companion. The culmination of this work resulted in the little Nybble.

Show your support for Nybble!

“I started the OpenCat project by learning every bit in a Raspberry Pi kit. Now I have Nybble as a reward for my hard learning as well as a friend for you to play with! Back me on Indiegogo, and share the launch with your friends! We can only make it happen together!” 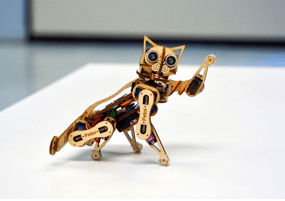 See you at the finish line

Can’t wait? Check out the original OpenCat project on Hackster.io.

Source codes for OpenCat and Nybble are all available on GitHub and documentation will follow.

Nybble has reached 100% of its goal in just one week! But you can still get back the campaign to get your Nybble, or even a Byte.

Stretch goal announced! Contribute to creating a content-rich platform for Nybble owners to explore and grow together.