In the modern era, more and more people became interested to join technological and innovative realms. Unfortunately, however, it did not mean that everyone knows the right tools to realize their inspirations, let alone can build up prototypes without a background on coding. Luckily, your worries might soon become a thing of the past, thanks to the Blokdots platform.

Blokdots is a one-stop simplified software platform, that empowers anyone to build their own Arduino projects and “interactive hardware prototypes without writing a line of code”. The good news that we are about to share with you today is that, Blokdots is supporting our Seeeduino Lotus and Grove Beginner Kit for Arduino® for people who want to create prototypes without coding. By now, partial components of the Kit, such as, button, rotary potentiometer, brightness/light, sound, LED, buzzer, accelerometer, and air pressure are supported by Blokdots, and it is going to gradually implement all the modules in the Kit.

With Blokdots, we are able to make prototypes by simply adding step-by-step and drag-and-drop programming sentences, that together allow building and coding projects for professional prototyping use. Blokdots consists of individual “bloks” – i.e., pre-soldered hardware components including actuators, LEDs, potentiometers, motors, and sensors that are outfitted with a 3.5mm jack, which allows them to be connected to the central “brain” (hub). Using those jacks enables users with no knowledge of electrical engineering, project making, or soldering skills to prototype in a matter of minutes. Moreover, the brain acts as the powerhouse, from which the other components can draw electricity (through USB cables). You can refer to Blokdots’ detailed documentation on how to create projects with Blokdots and Grove. In a similar vein, we would love to share Micael Coutinho’s 4-step tutorial on how to get started with using Blokdots as the following:

This crossover collaboration of Blokdots and our Seeed Studio’s Grove Beginner Kit for Arduino® is a good example to highlight the value and significance of open-source hardware. We are honored to walk hand-in-hand with partners like Blokdots, in the crusade towards making technological innovations available for everyone, regardless of socioeconomic, environmental, and educational backgrounds. By doing so, you would be self-empowered to really dig into your precious ideas and to give life to those ideas in reality. Indeed, one of the charms of open-source hardware is the belief that anyone should be able to build, improve, modify, distribute, and harness their heartfelt inventions using common tools, just like Blokdots and the Kit. On this backdrop, such a positive partnership can create synergy effects on enabling more passive audiences to become active trailblazers in their own unique styles, methods, and ways, as well as encouraging more people to achieve their dreams.

In retrospect, it is important to pinpoint that the crossover collaboration with Blokdots is not coincidental. In fact, Blokdots’ vision of rapid prototyping for everyone, shares a close affinity with our Seeed Studio, which encourages everyone’s potential to become Makers by open tech hardware, through which your ideas can be turned into actual products and services. Sure enough, Blokdots has been using our Grove components for its simplicity and efficiency, among which the Grove Beginner Kit for Arduino® has recently received passionate support for its functionality and affordability.

The Grove Beginner Kit for Arduino® is our all-in-one toolkit best designed for Arduino novices, STEAM teaching, and open-source beginners, that simplifies all of your lengthy and painstaking learning procedures, such as hardware knowledge, programming code, interface connection methods, welding, and the like. After purchasing the Kit, without getting any anxiety about where to start from, you just need to follow the 12 step-by-step tutorials for each module, which will do the trick for the desired project. Yes, breeze and easy! On top of this, since the Kit is powered by Arduino UNO compatible board (ATmega320p based on Seeeduino Lotus) with 10 sensors, and that its over-300 Grove modules are pre-wired, there is no need for breadboards, jumper cables, soldering, and wiring.

All in all, say goodbye to the esoteric and arcane process of becoming a Maker, and to stressful learning of the past. Instead, say hello to unleashed innovations with Grove Beginner Kit for Arduino® and Blokdots. And remember this: “A good outset is half the voyage”. 😉 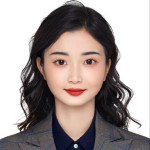 Sustainability and CSR Manager at Seeed Studio
。
Jointly organize/participate in multi-stakeholder projects/platforms/events/webinars/workshops/hackathons/etc. to accelerate SDGs with local communities and open tech anywhere in the world by connecting with Ye Seong SHIN today on LinkedIn.
。
Seeed Studio is the IoT and AI solution provider for all types of traditional industries’ sustainable digitalization. Since its establishment in 2008, Seeed Studio’s technological products and customization services are used for smart agriculture, smart cities, smart environmental monitoring, smart animal farming, smart aquaculture, meteorological monitoring, STEAM education, and all types of emerging scenarios enabled by the Industry 4.0. With the company’s mission to “Empower Everyone to Achieve Their Digital Transformation Goals” (which shares similar values with SDGs’ Motto of “Leave No One Behind”), Seeed Studio is devoted to using open source technologies for accelerating SDGs with multi-stakeholders from UN agencies, academia, companies, CSOs, governments, public/private organizations, and so on. This is why, Seeed Studio also founded “Chaihuo Maker Space”, and started China’s first Maker Movement by annually organizing “Maker Faire Shenzhen”.